I do not remember where I heard this, but I am pretty sure it was Christine Caine who said it. The quote went like this: "When you are faced with difficult circumstances in life, you can either run to God, or you can run from Him. The choice is yours."


If memory serves me correctly, I first heard this when I was pregnant, so I didn't think too much about it, because I felt like I had faced my adversity called infertility, and I felt I had beat it and was finally on the other side. I had no idea that a few weeks later, I would have a miscarriage.


I was talking with a friend the other night and we were sharing the story of our miscarriages. We've both been through it, and it came up. I told her that some of that time is a blur, but there are certain things I remember. I remember the silence as the doctor looked at the screen during my ultrasound. I remember the nurse look from the screen to my doctor's face with a worried look in her eyes. I remember being marched over to the main hospital for another ultrasound there. I remember the word ectopic and the fear in my heart when they told me how serious that could be. I remember them telling me to call if I had any pain or bleeding over the weekend. I remember sleeping on the couch and hearing my husband on the phone with our pastor who had called to check on me. I remember the pain I went through physically. I remember the callous remark of an employee when I came back to work.


A lot of that is a blur with some distinct memories, but one thing I remember very well. This was several days after my ultrasound when it was confirmed that I was miscarrying. I remember standing in our living room and absolutely losing my mind with anger and fury and tears and sobs and accusations. I yelled angrily at God. HOW COULD YOU DO THIS TO ME!? WHY WOULD YOU DO THIS TO ME?!? I DON'T UNDERSTAND YOU AT ALL! I DON'T UNDERSTAND THIS AT ALL! A MISCARRIAGE? SERIOUSLY!?


And on and on and on I went, until I was absolutely exhausted. My husband looked on probably in horror, but He understood there was nothing to say or do but let me grieve.


I think about that moment, the absolute PAIN of it all, standing in the middle of our living room, when the horror and unfairness of a miscarriage after nearly three years of trying to conceive hit me. It brought out an anger in me that I did not even know existed, and just in case you are not clear, my anger was definitely directed at God. Was I going to turn away from Him? No. No way. But in that moment, I was furious. Thankfully He is not dismayed or startled or angry at our anger. He gets it. He not only gets it, but He knows that our anger is coming from a place of hurt. And He hurts with us.


I'm getting ahead of myself. I don't remember what happened next, but Brad probably came and put  his arms around me, I probably cried until I was done, and then I most likely curled up on the couch and went back to sleep.


I don't know if it was that day or the next day or the next, but at some point, those words came back to me. "When you are faced with difficult circumstances in life, you can either run to God, or you can run from Him. The choice is yours."

I decided right away. I would be running to Him. There was no question. Even in my anger at Him, I wanted Him. I needed Him. I've walked with Him long enough to know that He is the only place you can find the kind of comfort and peace you are longing for. Running to Him was all I could do. And so I did.


I am now about 15 months from that time. Have my circumstances gotten easier? No. Am I finally a mom? No. Are there still days of grief, sadness, discouragement? YES. Absolutely, yes. If you would have told me during that time that I still wouldn't have a baby over a year after my miscarriage, I wouldn't have been able to take it. But here I am, over a year after my miscarriage, with no baby. Not only no baby, but also another failed procedure. But it's okay. It is OKAY. Because I have found that when you run to God instead of away from Him, you find so much more than you ever thought possible.


I was driving home from work the other day and it just began to dawn on me that God is working through my situation, big-time. I mean, I know that God is always at work, but sometimes you can see that, and sometimes you just can't. And I began to just get overwhelmed as I started to see all these little things that have taken place in my life one by one. My circumstances haven't changed all that much, but my heart has changed, I have so much more compassion for other people and their own struggles, my desire to know God more has deepened, I have learned a little bit more about what it means to trust Him, my passion for praise and worship has increased tremendously, and my prayer life has become more of something I want to do than something I should do. I do not say any of this to make myself look good. Truly. I am human. The only thing I did right was make the choice to run to Him instead of away from Him. He took care of the rest. So, no, none of this is to say I am some sort of special person. I am saying this to brag on God, and how he can use every situation for His glory. I do believe and trust that He is going to give me a baby, but it makes total sense to me that He would allow infertility in my life knowing it would bring me closer to Him. This is what He does! He is not out to destroy your life, but He loves to use those tough times for a greater purpose! It doesn't mean He will never turn your situation around. It just means that it is more important to Him that you find Him, that you get to know Him, that you fall in love with Him. And sometimes the only way we will run into His arms is when we are faced with the most difficult circumstances we could have imagined.

He has been so faithful. I think for the first two to three years of infertility, I really struggled to see or understand what he was doing. Especially after my miscarriage. There is absolutely no sense in losing a baby, and I still cannot begin to understand why that happened to me, or why it happens to anyone. But I do know that in the midst of all that pain, God is doing great things. When I was just a pre-teen, I was very tenderhearted, very compassionate. I loved the Lord and I was close to him. I continued to live my life for him through my teens and twenties. Somewhere along the line, though, I lost the closeness I once had with Him. Of course I didn't notice this as it was happening, I just remember early in my marriage, before infertility, realizing I was no longer compassionate like I used to be. I had a bitterness to my words that kind of bothered me, they were not portraying the kind of person I thought I was. I remembered that I used to be so tenderhearted, and I wasn't any more, and I didn't like that. I remembered that I used to be so uninhibited in my praise and worship, and now I was very timid, and I didn't like that either. There were all kinds of other signs, and I didn't like any of them. I wanted that closeness back; it really disturbed me that it was missing. I remember realizing all of this and being troubled about it, because how could I ever get back to that kind of closeness with God? That had taken years to develop in the first place. I told God that I wanted to be close to Him again, but didn't know how to get there. There was no secret sin that caused me to back away, no offense. It was just a gradual focus on other things besides Him. I asked Him to help me.

That is a very long way of saying, He did it. He helped me. He answered that prayer. He is so faithful. I wonder if I would have faced infertility if I had not prayed that prayer. I have no idea. But I know He has definitely used infertility and loss to bring me back to a close relationship with Him. And for that I am truly very thankful. He is all I need!

I have seen people run from God. They were offended or hurt or they faced a very difficult trial that they did not recover from. They were furious at God, and so they ran. Were their specific circumstances harder than mine? In my eyes, sometimes yes. Sometimes no. But you know what? The specific circumstance is not the point. It's all hard. Life is hard. Pain is pain. You just have to know who to run to. I'm not saying you can't be angry. I'm not saying you can't be angry with God. He knows you're angry anyway, and He understands why you feel the way you do. But in your anger, through your anger (or sadness or despair or hurt), run TO Him. Not from Him! Trust me, the place you want to be during adversity is right in God's arms. There really is no better place to be. 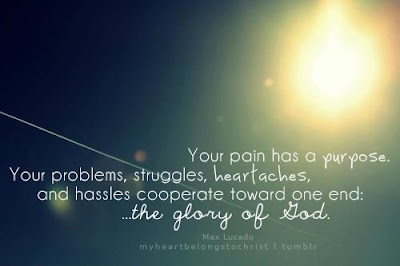 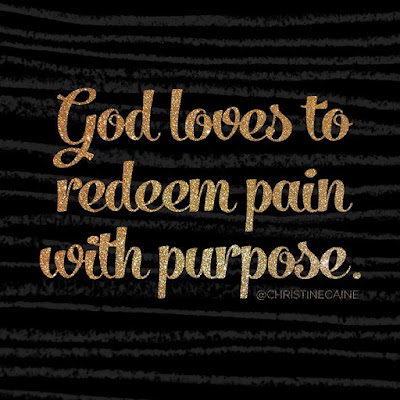 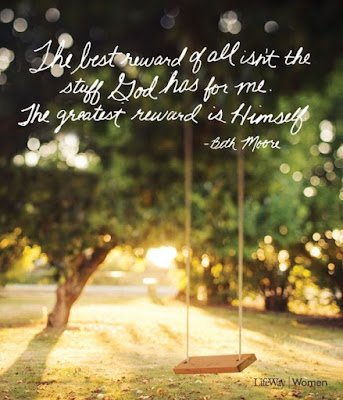 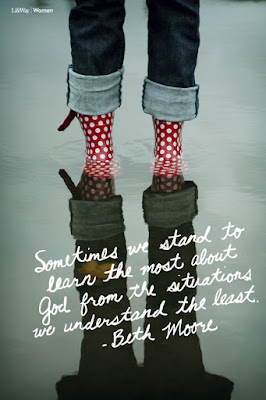 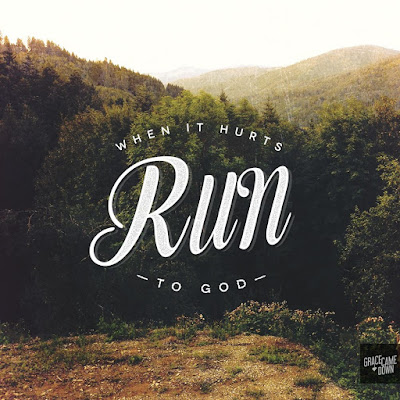