Maybe I should tell you about my birthday, now that my birthday month is practically over. Clearly, as a blogger, I am just on top of things! (Insert eye roll emoji here.)

I had a TERRIFIC birthday.

I mean, you would think I was turning 28, not 38, with the amount of celebrating we did. Or maybe 18. It may have been out of control. But I loved every minute of it. 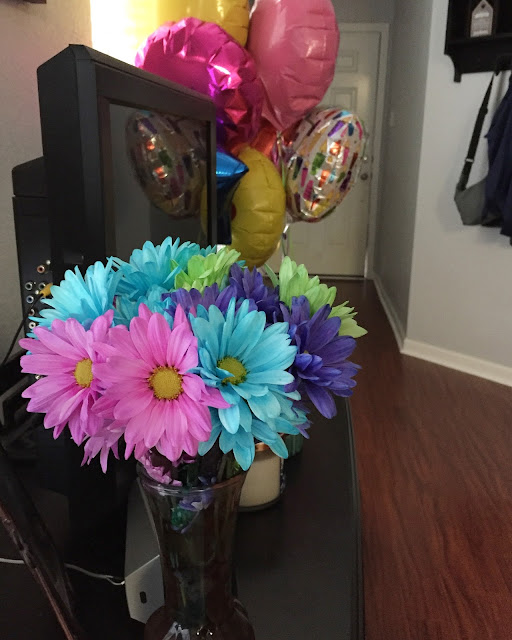 My birthday was Wednesday, March 2nd, and we managed to extend it all the way to that Saturday.

Random fact about me. I love birthdays. Not just mine. Everyone's. I have a crazy memory when it comes to random people's birthdays too. I still remember the birthday of kids I babysat decades ago, and I still remember the birthday of people I was friends with in elementary school, even if I haven't seen them in person since then. I wish I had that kind of memory about other things, but I generally have a terrible memory.

Even though I always love birthdays, and I (normally) love and celebrate getting older (because that's a good thing, since there is only one alternative!), the older I get without kids the harder it is. I thought I would be depressed on or around my birthday, because here I am another year, and now in my late thirties, childless. And that is just not making me happy. I am not where I wanted to be at this point in my life. If life were up to me, I would have 3 kids by now. At this point, I am just praying and hoping that God blesses us with one.

All of that to say, I am so thankful that God gave me a wonderful birthday this year. I didn't feel an ounce of depression that week, and that is saying something these days. I felt so loved and so celebrated. It was nice. And I am grateful.

So here is the rundown, and picture overload! I got to work to find a bunch of balloons at my desk. At lunch time, my besties Mandy & Billy came to my work to have lunch with me! It was a beautiful day, so they grabbed a table outside and waited for me to join them. They had pizza from Grimaldi's, a mini bundt cake from Nothing Bundt Cakes (cinnamon, my favorite!), a bouquet of daisies (another favorite!), a card, and balloons! So sweet! 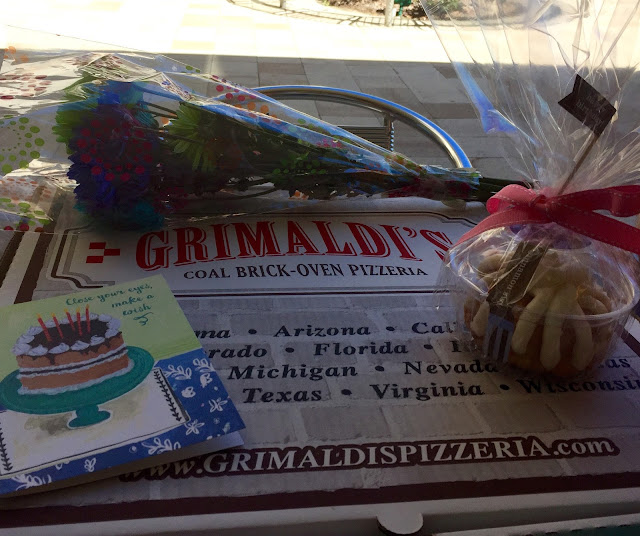 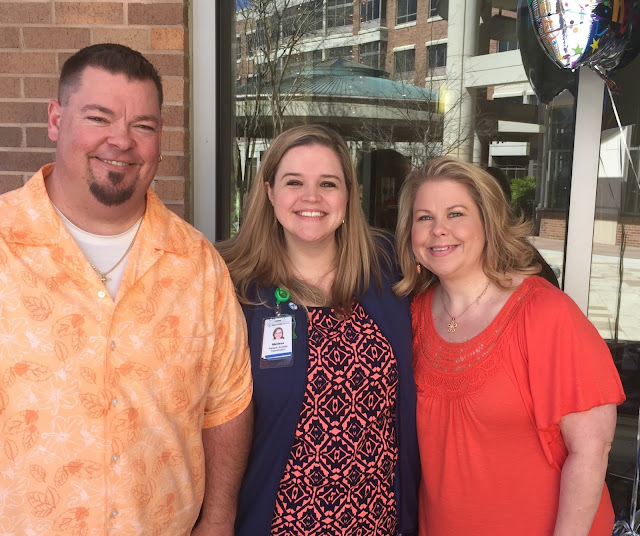 When my break was almost over, the door opened and ALL of my coworkers came out singing happy birthday to me! They had a gift for me & a cookie cake. It was so sweet and I didn't expect it at all!


Now you know most of my work peeps! I love these people. 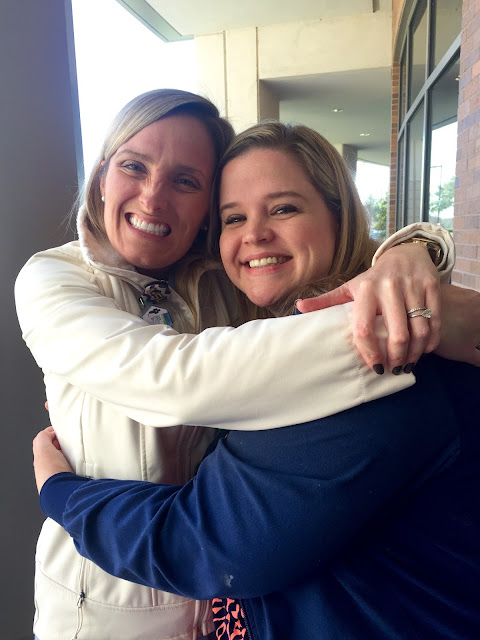 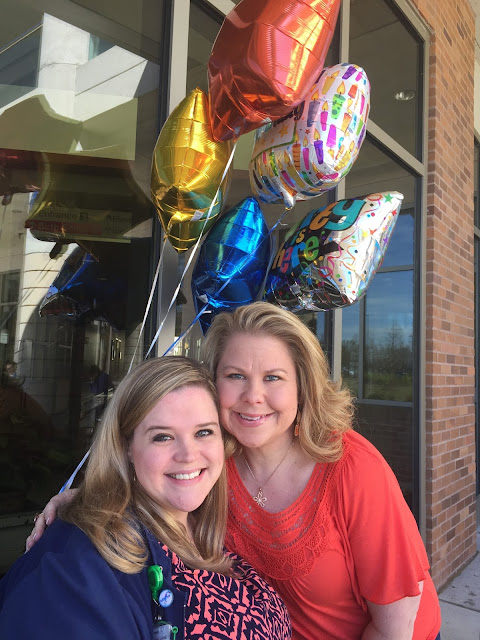 After work, Brad & I went and had dinner, just the two of us, at J. Alexander's. SO GOOD. 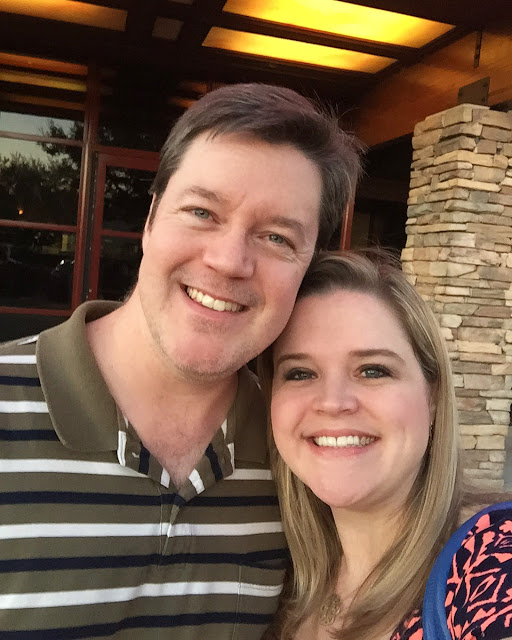 I must show you Brad's plate, because it really was quite impressive! 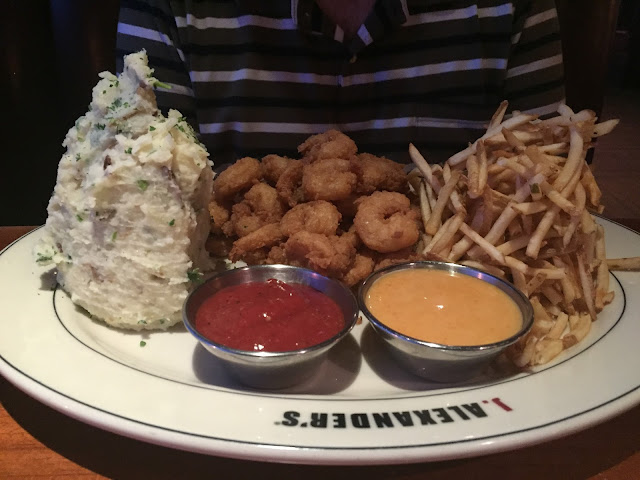 I mean, if that had been all the celebrating we did, that would have been more than enough! It was an awesome day. But that wasn't all!

﻿
Friday, March 4th:
Months before, I had decided that since opening night of Into the Woods was my birthday weekend, I had to get a few girlfriends and go! Mandy, Betsy & Sarah were happy to join. They met me at Bistro Byronz after work. We ate on the patio. I love eating outside if it is an option, it's just that there aren't too many days in Louisiana that feel good enough to eat outside! It's usually so hot and humid. Or rainy! But my birthday week, the weather was perfection!


After dinner, we headed to the theatre to see Into the Woods! Several of my friends were in it, and it was so well done. It was such a fun night! 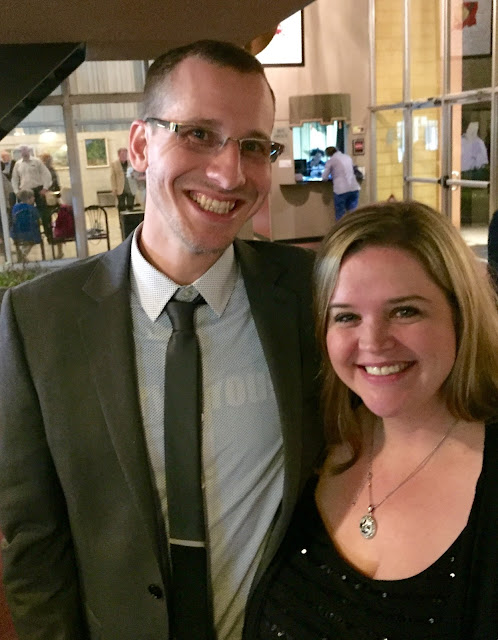 Side note: David is one of my favorite people on the entire planet. I mean, seriously. He is awesome. I met him during Beauty & the Beast. He wasn't in it, but would stand in the wings & try to make me laugh...while I was actually on stage...I mean not where I would mess up or anything like that! It was funny. And I didn't even know him then... that's how we met! We ended up playing in Christmas Carol together, and also did an elementary school theatre tour together one semester, which was a blast, and where i really got to know him. This guy is one of the nicest, sweetest, most talented & most hilarious guys you will ever meet. He is not on social media, and our paths just don't cross often enough. So it basically made my whole year to see his face. Sorry for the long tangent, but I had to express to you how great it was to see him! He was there to see the show the same night! 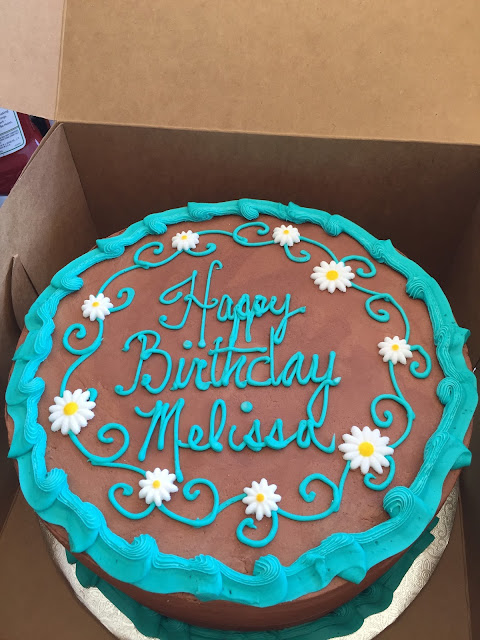 On Saturday, family got together to celebrate my birthday at Willie's a fairly new restaurant in town that we had never been to. It was delish! Another gorgeous day there, so we sat on the patio again! The food was delicious, and mom ordered a cake which she brought for dessert. Never ever has there been a more "me" cake! Haha! My favorite color & daisies! :) My parents, my sister & brother-in-law, Brad's parents, and Billy & Mandy were all able to join us!

After lunch, all ten of us went to the movies to see RISEN. It was so good, and fun seeing it at Movie Tavern with the fam! Hello, recliners! Loved it.
I didn't mention gifts, but I got a ton. Not that that is what matters, but thought I would share! Some of these came from long-distance friends (hello, Laura & Belinda!). Such thoughtful people! And this isn't even all of it! (Obviously I love mugs, in case you missed that somehow. And yes, my husband got me a fitbit and i am obsessed!) 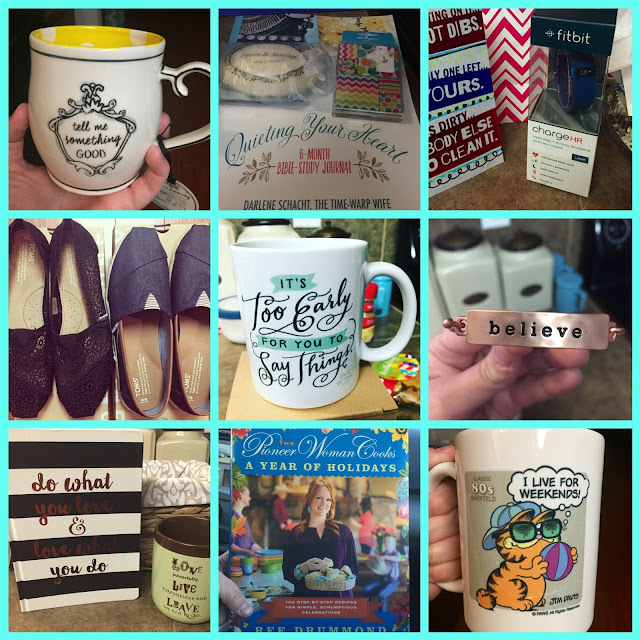 It was such a great day and week. And y'all, I didn't even mention the countless posts, texts, & calls! A couple of friends took me to dinner, too. So sweet. I am so thankful for the people God has put in my life! 38 isn't looking too bad after all! ;)
Posted by Melissa at 4:08 PM
Email ThisBlogThis!Share to TwitterShare to FacebookShare to Pinterest
Labels: birthdays, Celebration, Friends, weekends