So, I don't know how many of you remember my post a few months ago, where I asked you to pray for a 19-year-old guy in our church named Joey. Joey had been in a car accident...he was driving a small car, on his way to play the bass for another church's Vacation Bible School, & was hit by an 18-wheeler. He went straight into a coma & was there for months. I asked for your prayers and I know that several of you told me you were praying. The whole church was praying also.
At one point, our church had a prayer/praise service for him & it was so awesome to see believers actually come & pray together for one need. I followed the "praying for joey" facebook page & kept up with the updates, saying he was still in a coma, saying he was breathing on his own, later saying he would be moved to rehab. I heard how he prayed after he was awake & the first words out of his mouth in that prayer were thanking God for the experience.
He's been in rehab for awhile, getting physical therapy & such, and i've watched his sister update his status on what he needed prayers for. It was expected to be a very long road to recovery, but God has brought him through all of these things: from his family thinking he would die, to thinking he would live but be severely brain damaged, to thinking he'd be in therapy for a very long time... God brought him through all of that! On Friday, he updated his own facebook status to: "JOEY is HOME!!!!" :)
And this morning, he was at church. :)
If you went out of town before his accident & unplugged yourself from facebook...& then came to church this morning not knowing what took place...well, you would not have known anything had happened to Joey while you were gone! He looks exactly the same. After praise & worship & (nine!) baptisms, Pastor Terry had him & his dad go to the front & his dad just talked about how he felt like God took his son & then gave him back. And how thankful he was for what everyone did for them during that time, etc. And when he asked Joey if he wanted to add anything, he said no. :) I think he was probably a bit overwhelmed! But i was just so thrilled to see him, alive & well! There was a lot of tissue out, i promise!! (On our row, for sure. AHEM.)
Thank you, Jesus.
& thank YOU for praying! 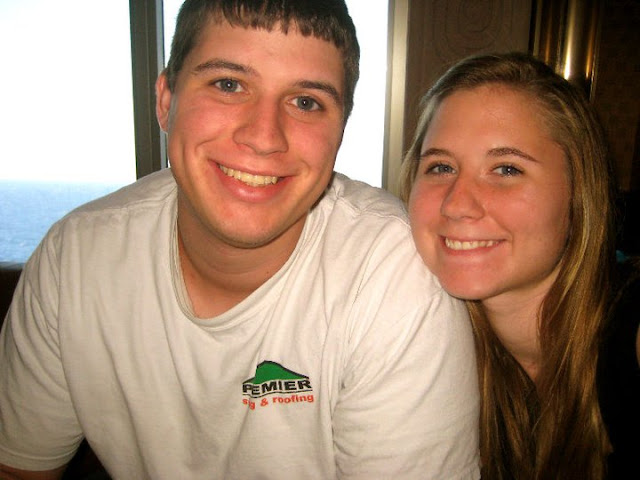