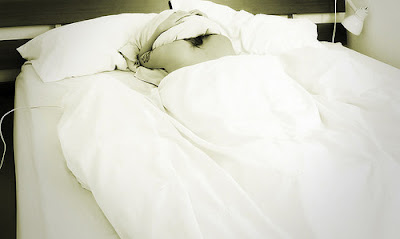 photo from we heart it.
What i didn't consider is that MONDAY would be the worst of it. Not Sunday itself. My workday Sunday was 10:00 am to 10:15 pm (on the dot!). I figured the worst was over. Wrong. The worst of it was Monday morning. Today was awful. I couldn't get up. When i finally got up, i went & took my bath in the dark. Why? Well, i just couldn't deal with the bright bathroom light at that point. There was just enough light from the hall peeking in that i could see which was my shampoo & which was the conditioner. Ha! I was a total GRUMP at work - everyone was too loud & everyone got on my nerves. (I didn't say anything - i knew it was TOTALLY me & not them!). The day took forever. When i got home, i crashed for about 20 minutes.

Woke up & we went to the in-laws for dinner. Mother-in-law was making chicken & sausage gumbo. YUMMM. Love me some gumbo!! We just got back from having dinner over there.

Usually, when i work backstage at the Manship, i am...um...well, i just have hard time being outgoing, which i kind of need to be. The part of the job that i like least is at the very beginning: the introductions. I hate going up to someone & saying, "Hi, I'm Mel...{shake hands} I'm your Rep for today, so anything you need, anything at all, just let me know." Doesn't seem that hard, but that is just part of my personality...a part that i hate! I wish it was easy for me to be outgoing! Don't get me wrong... i have no problem being friendly & outgoing if i know the majority of the people i am with. Or if it's, say, at my house (like if i have a party & a friend brings a friend that i don't know). But if it's me & a bunch of people i don't know... kinda makes me nervous! I do it & i do it just fine, but you know what i'm saying. It's out of my comfort zone. Once that is over, i'm fine. Although some groups i am more comfortable with than others! Some groups there is a bit of awkward silence. :) But 4 Troops was NOTHING like that. By the end of the day, they felt like friends. :)

Anyway, back to the story. When i first got there, there was just Stephen, who works there. I was talking to him when our guests drove up. I immediately met Dexter, their Tour Manager, & Tom, their sound guy. They actually came straight up to me & introduced theirselves...that always makes it easier. :) We did a sound check which lasted a couple of hours. That was where i basically sat around & did nothing - except get coffee for Tom, while he was working. I also heard them rehearse at this point....& was BLOWN AWAY! They sing SO GOOD! :) They are truly amazing - gave me chills & made me teary! I know i have a lot of military wives that read my blog (& vice versa) - you should go see them if they come to your area! I know they are in South Carolina next (November 30th) & around that area after that.

After sound check, i was standing on stage with Susan (one of our techies) & Ron (one of the guys in the group). They were talking about keyboards & i was just kinda staring off into space. Ron was saying how everywhere they play, they always have the Yamaha, the something else (mind went blank!), or the Korg. Then i heard him say, "But what I want, what i REALLY REALLY want, is a vintage Yamaha DX7."

Ok, my husband LOVES the DX7. They stopped selling them in 1996, i think, but Brad has several of them & loves them. Our groom's cake was a DX7, after all! Brad always says they don't get the respect they deserve haha. I have never heard anyone talk about the DX7, ever, except Brad! And here was this guy saying that he wishes he had one & can never find one! I was like "are you kidding me?!" & Ron looked at me & i said, "My husband has like 8 of those!" 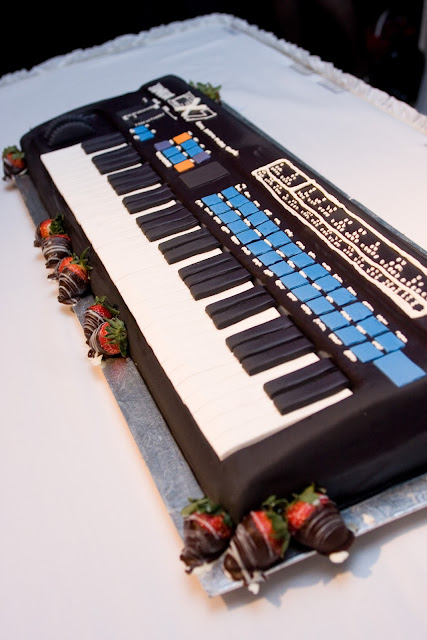 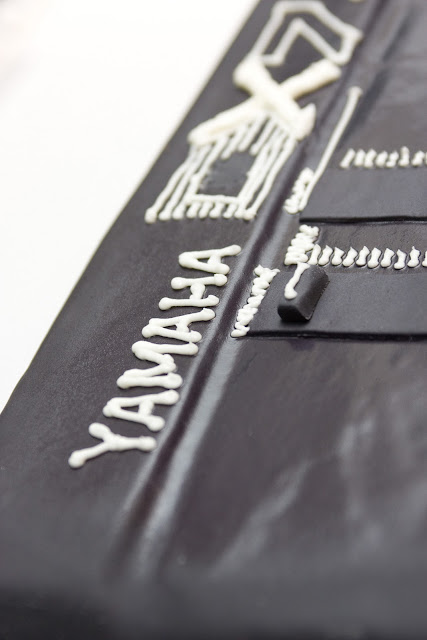 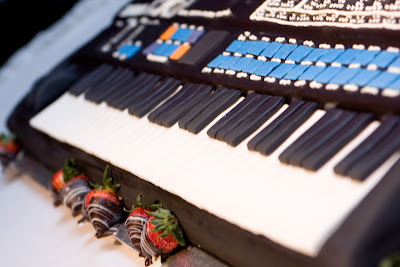 I was no longer shy. We totally bonded over the DX7. Hahaha.

I ran & called Brad. "You are not going to believe this!" I said & told him. He didn't want to sell, but told me to get his name & number & let him know he'd be the first call when he was ready to sell. He also said he'd look for him a good one. I told Ron & he was just cracking me up with his excitement. At the end of the day he gave me his contact info for Brad. Under it he wrote a little note for Brad. Shoulda taken a pic! It said, "Please sell me a DX7. It's for a soldier!" Hahahaha. Too funny!

I told him he better keep that phone number, because it may be years before Brad is ready to sell. He said, "That's fine, that's fine, just tell him not to wait until i'm a Senior Citizen!" Ha!

The cool news is... he might be hearing from Brad sooner than he thinks! Long story, but... it's actually a possibility now!

I DID bring my camera yesterday but never took it out! How silly!! Of course, NOW i regret not having pics of them, but at the time i was busy & told myself i didn't have to have a picture. When will i learn?! Oh-well. At least i brought my camera! That is a step in the right direction!

Here is a video i found of the group... it's an interview with some singing. They sing songs that are already out. And they sing every style - country, R&B, rock, etc. I think they do have some original songs, but if not they need to write some! They sing patriotic songs, too, of course, & sound amazing. I think this video is mostly country, which is a let down. I wanted you to hear Meredith sing Christina Aguilara! HAHA. She can SING! They all are really really good. Ron (The DX7 lover) is the big black dude. :)